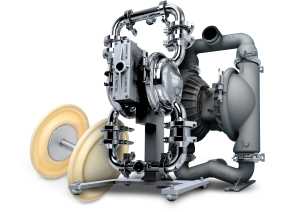 The heart of the air-operated double-diaphragm (AODD) pump is its diaphragms. They must be flexible enough to handle millions of pumping cycles without failing and be compatible with any number of different liquids or particulate-laden slurries. When used in hygienic-manufacturing operations, such as food/beverage, personal care or pharmaceutical, the diaphragm has another responsibility: it must […] 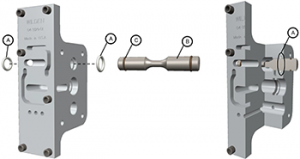 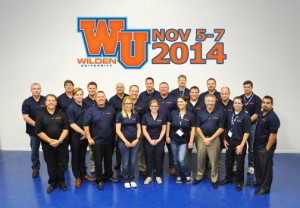 Become Part of TEAM WILDEN® 2015 Training Dates Announced for Wilden® University Wilden® is pleased to announce that it will be hosting Wilden University training sessions for its North American distributors on the following dates in 2015: NOTE: Training session scheduled for January has been cancelled  February 17-19, 2015 Advanced AODD Pumps and Sales Strategies April 21-23, 2015 Introduction to […]

When EMCO Chemical Distributors was developing plans to move into a new, first-class facility in Pleasant Prairie, WI, USA, the company knew that it needed first-class pumps to help optimize its warm and clean-room operations. See video

Wilden® is excited to announce the launch and availability of its new Chemical Resistance Guide Mobile App.

Wilden® has developed a <strong>new white paper</strong> that will assist you on properly identifying and selecting the best diaphragm for your air-operated double-diaphragm (AODD) pump application. Authored by Rob Jack, Development Engineer IV for Wilden and Pump Solutions Group (PSG®), this white paper represents the most comprehensive “How To” Guide developed on diaphragm selection to date. So […] 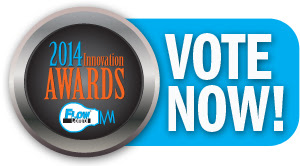 Wilden’s innovative vision and ongoing quest for excellence has been recognized by Flow Control Magazine’s nomination of the revolutionary Wilden® Pro-Flo® SHIFT Pump as a finalist for their Flow Control 2014 Innovation Award!

Saniflo pumps incorporate a straight flow-through design, which gives them the ability to deliver the operational efficiencies that help ensure hygienic-process success.

In this video we use a 3″ Wilden® Pro-Flo X™ (PX1500) to illustrate the principle behind Air-Operated Double-Diaphragm pumps. This is the video that you want to watch to understand how AODDPs work. 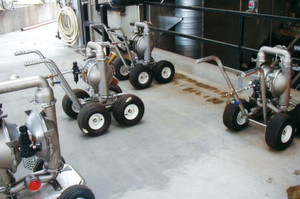 From Vine to Wine with Air-Operated Double-Diaphragm (AODD) Pumps

Pumping is a delicate process even more when handling media as sensitive as world class wines. With pumping being a crucial step According to the Wine Institute, 330 million cases of wine were consumed in 2010 alone. From 2010 to 2011, wine consumption in the US increased by 4.5 %, making America the worlds leading […]